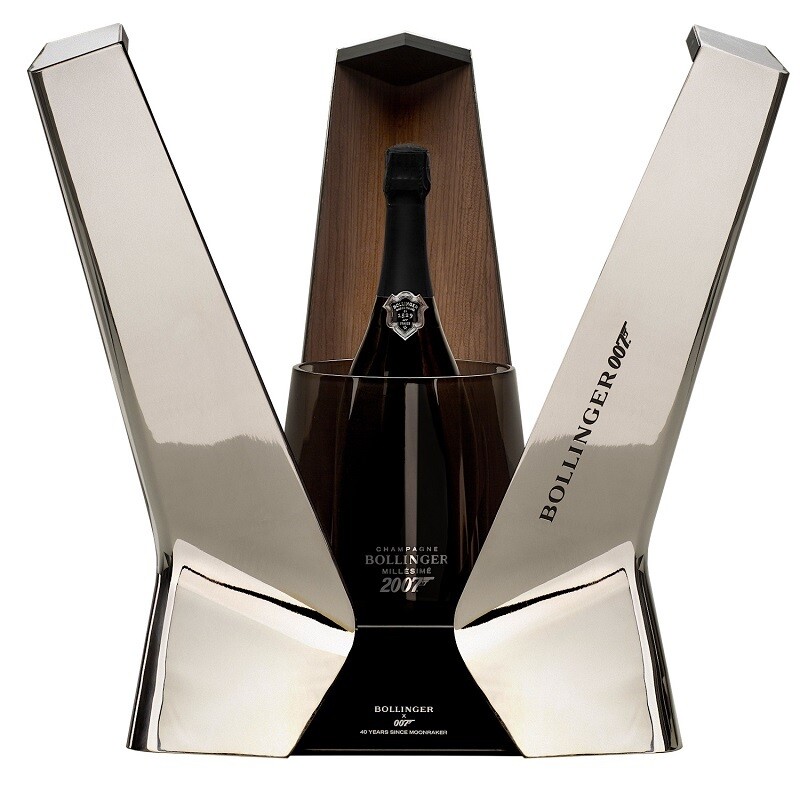 To commemorate the 40th anniversary of the partnership between Champagne Bollinger and 007, this 2007 vintage pays tribute to the film, Moonraker, which marks the first collaboration between the House and the famous British secret agent.

A chance meeting in 1978 between two fine wine lovers Christian Bizot, then Managing Director of Champagne Bollinger, and Albert R. 'Cubby' Broccoli, producer of 007, marked the start of a long-lasting friendship between two families that has never faded. In 1979, Champagne Bollinger appeared on screen with the release of Moonraker, becoming the Official Champagne for the famous British secret agent. The partnership has evolved over the years and is now a recognisable part of the legacy of both brands. To this day the relationship between the two icons continues, under the guard of the current custodians Michael G. Wilson & Barbara Broccoli of EON Productions and the Bollinger family.

Moonraker, released forty years ago, featured James Bond whose mission took him on an outer space adventure. It was also the movie on which the Bond and Bollinger partnership began. To celebrate their 40 year partnership, Champagne Bollinger and 007 pay tribute to their shared heritage and revisit the space shuttle created by legendary production designer Ken Adam. Champagne Bollinger enlisted designer Eric Berthes to re-imagine the Moonraker space shuttle.

Crafted from pewter and wood veneer, encasing a Saint Louis crystal ice bucket and a magnum of Bollinger 2007, the Bond vintage par excellence.

Each numbered piece has been crafted and finished by hand, making it unique. Each gift box is individually numbered with a total of 407 shuttles only made, with 2 only where allocated for Malaysia.