The history of Clos Fourtet goes back to the Middle Ages when the wine was better known under the name of Camp Fourtet and was a stronghold intended to protect the city of Saint-Emilion. This wine estate owes its fame to the families Rulleau and De Carles, Lords of Figeac. Since 1949, the Lurton family became owner of the vineyard and does not stop making it progress. In 2001, the property was bought by Philippe Cuvelier, who continued to modernize it. Today, it is the heirs of Vincent Cuvelier who share the management of the property.

The terroir of Clos Fourtet is low in arable soil but has exceptional natural drainage. In this area, the vine produces little because it suffers there, essential condition for the production of very Great Wines. Clos Fourtet is placed on the limestone plateau veiled by sands and covers about 20 hectares. The grape varieties are 85% Merlot, 10% Cabernet Sauvignon and 5% Cabernet Franc. Today, Clos Fourtet correlates its traditional vinification and very modern techniques to obtain an exceptional vintage.
At tasting, Clos Fourtet, Premier Grand Cru Classé, is the symbol of the refinement of Saint-Emilion. Sweet, singular and seductive, its pure aroma gently intertwines and testifies to the potential of the terroir of the Château.
Refine by 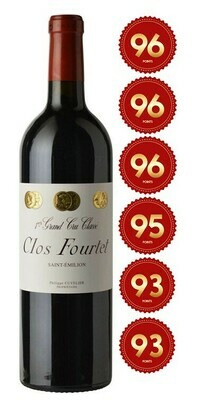 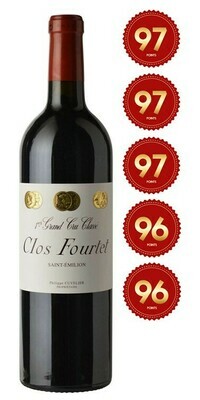