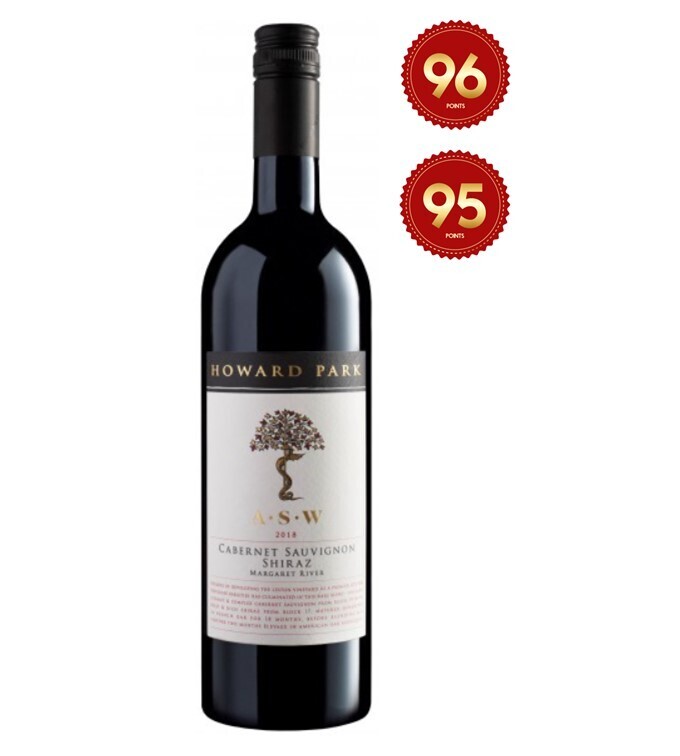 The A.S.W. is the first wine to acknowledge Amy Burch’s side of the family. Co-owner Amy has been deeply involved in Howard Park from the very early days. Coincidentally, Amy’s parents share the initials, A.S.W. Her father, Alex Stephen Wee, was a successful Singaporean business person; a self-made man who arrived in Singapore from East Malaysia in 1946 with 1 Singapore dollar. Amy’s mother, Annie Sheila Wee, had a cultural affinity with red wine due to her upbringing by French & Irish nuns as a boarder in Singapore. She still favours a glass of Shiraz to this day. The Wees came to Australia in the 1960s. Amy, is proud to commemorate her parents and the sum of all her family’s efforts in this special wine.

The A.S.W. is a stylistic departure for Howard Park, being a red blend of all Margaret River fruit, and the only wine with a significant use of American oak. Cabernet parcels are fermented in static fermenters fitted with heading down boards to maintain a submerged cap and gentle extract of flavour and tannins. The Shiraz parcels are fermented in 4t open fermenters with pneumatic pigeage and are retained on skins at the end of fermentation for several weeks. Matured separately in French oak for 18 months, before blending and then a further two months elevage in American oak after blending.

Intense blueberry, vanilla, chocolate, and dark cherry, supported by a hint of black olive and subtle cinnamon and anise seasoning. The palate is plush and brimming with powerful berry notes, intermingled with vanilla and coconut. Persistent flavours, fine ripe tannins, a lavish texture, and spice complexity have melded well to produce this opulent and luxuriant wine.