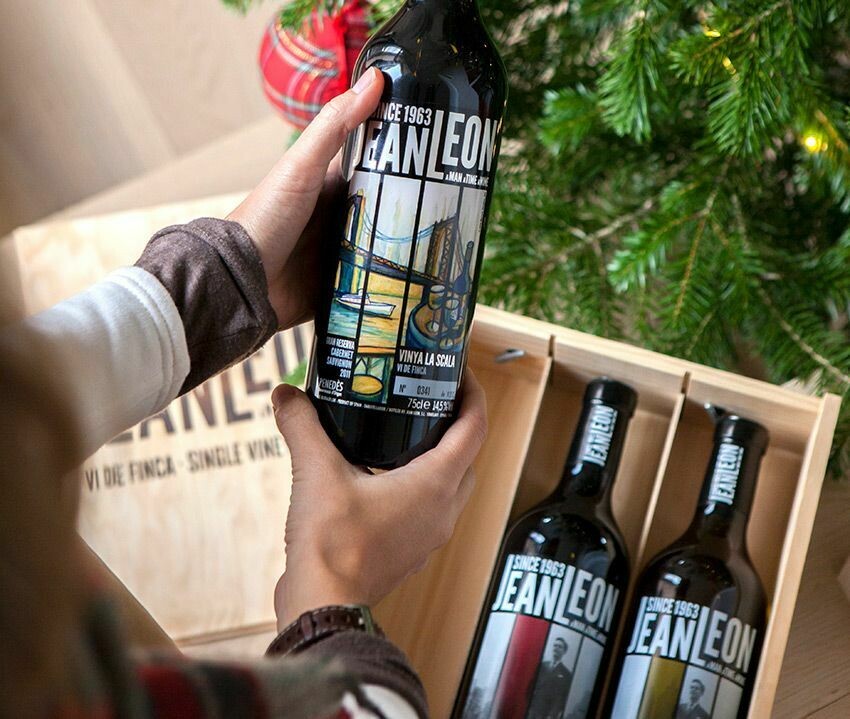 'La Scala' single vineyard is an historical plot, the 1st Cabernet Sauvignon ever planted in Spain, all the way back to 1963. That was the dream of Ángel Ceferino Carrión Madrazo (who later changed his name to Jean Leon), who made fortune after moving from its native Spain to the US in 1949, 1st to New-York where he was a taxi driver, then to Los Angeles. There, after a few different jobs, he opened 'La Scala' Restaurant in 1956, who quickly become an iconic place amongst the elite. In early 1960s, missing his our town, and desiring to showcase their wines, he setup his own winery in a remote location in the heart of Catalunya, in a region which will become later the 'Penedes' DOC appellation.

La Scala Block, planted solely with Cabernet Sauvignon, and is used only in exceptional vintages. The vines are organically-grown, handpicked and aged in French & American oak barrels for a minimum of 24 months, followed by a minimum of 3 years bottle ageing in the estate. The wines showcase great purity and exceptional ageing potential.

This is the Ultimate expression of the Cabernet Sauvignon variety, as well as its aging potential and correct evolution. A wine with an intense and complex aroma. Good tannic structure, great presence and length.

Save this product for later