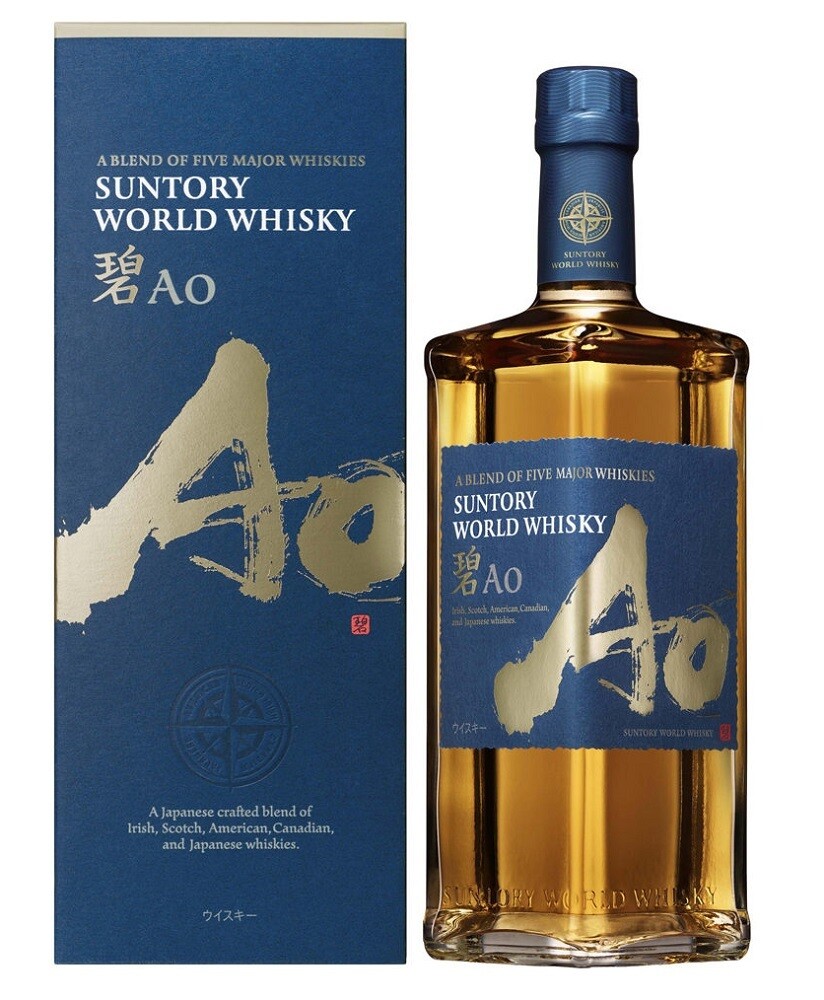 Nearly a century ago at the Yamazaki Distillery, Suntory developed the first Japanese Whisky. Applying the Suntory Art of Blending philosophy, they continue pioneering their craft. The skill and spirit instrumental in blending notable whiskies such as Hibiki originate from heritage and innovation as successive blenders refine their predecessors’ skills.


World-renown subtle, refined yet complex flavor is an attribute of Japanese craftsmanship. Ao will usher in a new world of whisky. Since its inception, Suntory has pioneered whisky and continues challenging paradigms.

Originating in Ireland and Scotland, whisky later migrated to the New World. It evolved history and culture, which dictate a whisky’s personality, unique to Canada and the United States.

Beam Suntory holds distilleries from all five regions, inspiring the company to apply its resources toward developing a whisky for a new era. The careful process of selecting component whiskies from around the world yielded a premium blend in 2019. Produced in-house, Suntory World Whisky Ao represents each of the world’s five top whiskies.

Neat, on the rock, or mixed into a cocktail. Settle into the smoky comfort of Ao and traverse its fruity notes and smooth, sweet mouthfeel. Suntory blenders wove this complex flavor profile from diverse climates and cultures to deliver multiple experiences to different settings and different people. Discover new flavors and explore the world with each drop. Profound, vanilla and pineapple-like fruitiness on top, a creamy sweetness and depth with a lingering woody aroma. Smooth and sweet mouthfeel, gradually followed with smokiness and cinnamon-like spiciness.