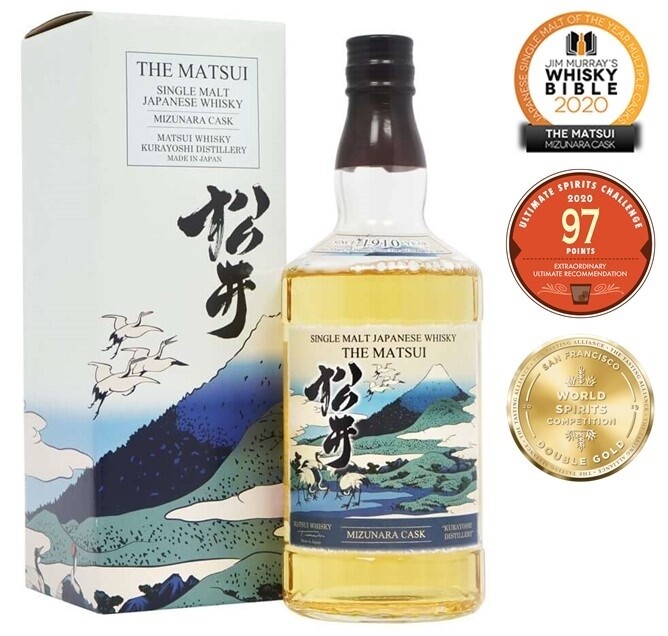 This fine single malt whisky comes from one of Japan’s newest up and coming whisky producers – Matsui. The owner’s of the Kurayoshi distillery have burst onto the scene in 2019 with a number of exciting whiskies, but it is this non-age-statement Matsui Mizunara Cask expression that has been making waves and has been lauded by fans and critics alike.

This fine whisky had already picked up a Double Gold award at the San Francisco World Spirits Competition 2019, and now it has been awarded “Best Japanese Single Malt” in Jim Murray’s Whisky Bible 2020, and it’s really no surprise.
Sweet vanilla, gentle spices and mellow, creamy coconut milk dazzle on the nose, while the palate follows with a velvety mouthfeel, cinnamon, rich oak, ginger, chilli spices and sweet toffee to balance it out. The finish is sweeter and lasts until your next sip, with floral oak and caramel lingering for some time.
Katsushika Hokusai’s masterpiece, ' Thirty six views of mount Fuji', is showcase on the bottle. In this classic artwork, the wondrous Mount Fuji is depicted with red-crowned cranes, native to Japan. The distillery believe this iconic image matches the oriental taste of the Mizunara cask whisky.