Rich and weighty with heady and smoky aromatics. At full strength, the initial aroma is a beguiling mix of warm Christmas cake, walnut oil and parma violets fused with fresh ocean spice, cedar and pine needles falling from the Christmas tree. A smouldering coal fire and the scent of well-oiled leather brings warmth. The sweetness of treacle toffees and chocolate-coated raisins emerge through the smoke. With water, the deep smokiness increases in intensity, reminiscent of a fired Christmas pudding.
Rich flowering currants and warm baked banana and walnut bread are served with simmering mocha espresso. Full flavoured and rich with a deep mouth-coating texture, the taste is an intriguing balance between sweet, spicy and deep smoky flavours. The flavour is initially sweet. A burst of winter spices sets off a smoky-spicy explosion countered by a sumptuous mid-palate of honey glazed smoked food and chewy treacle. Waves of deep smoky tones and rich aromas build up on the palate like a fine Montecristo cigar.
Non chill-filtered at 54.2% ABV.

Ardbeg has been called “as close to perfection as makes no difference,” by whisky connoisseurs. Proof then, that Ardbeg truly deserves its incredible reputation. It’s a whisky that’s worshipped around the world. In the past ten years, six different Ardbeg expressions have won prestigious titles including World Whisky of the Year, Scotch Whisky of the Year and World’s Best Single Malt. Although it has long claimed to be Islay’s smokiest malt (a somewhat hard to prove title, now being challenged by Bruichladdich’s Octomore), Ardbeg can also realistically lay claim to be one of the island’s sweetest. It is this combination of rich sooty/tarry smoke with a citric sweet core which gives it its balance.

Opened in 1815, at one time Ardbeg was the largest distillery on Islay, supporting an entire community. Now, it is the second smallest, although due to its huge worldwide following, its community is bigger than ever. As one of the most heavily peated spirits on Islay, Ardbeg is often seen as one of the beasts of Islay. However, thanks to a purifier on the spirit still, the new-make spirit is elegant and sweet, with a citrus-fruit character that sets the matured whisky apart from the other distilleries on the island.

Blighted by closures in its more recent history, Ardbeg is cherished by those who have discovered it. The distillates of the late 1960s and 1970s are often considered one of the truest expressions of Islay character, combining power and balance. Throughout the 1980s, the distillery only operated occasionally and was left to moulder by its owners. In 1997, the distillery was rescued by The Glenmorangie Company, which has continued to produce the heavily peated style for which the distillery is famed. The style and character of the whisky have attracted fans from around the world, who make the pilgrimage to Islay to show off both their love of the spirit and their Ardbeg tattoos… 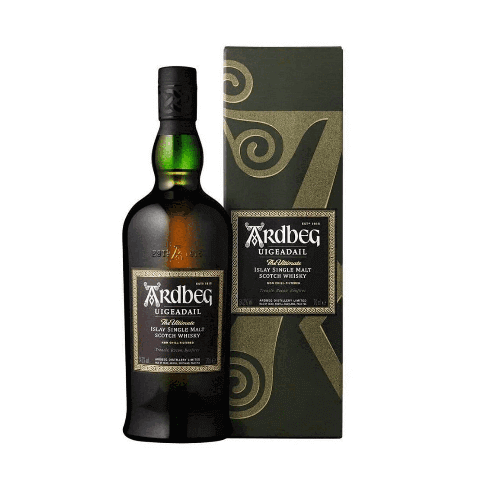