Belvedere is a luxury vodka from the Warsaw suburb of Å»yrardow, Poland. It can trace the process back over 600 years. Belvedere is distilled solely from a single type of grain, the DaÅ„kowskie ZÅ‚ote rye. It was the world’s first super premium vodka. It is made in small batches that are distilled longer- the lengthy distillation of the drink is said to make it much smoother. Belvedere Vodka has notes of vanilla and rye on the palate, the finish is crisp and clean with lingering white pepper spice. It has a distinctive creamy mouth feel. Its aromas are a blend of vanilla, rye and white pepper.

Belvedere Vodka, distilled in the heart of Mazovia from Dankowskie Rye and 100% pure water, pays homage to more than six hundred years of Polish savoir-faire and tradition.

When Belvedere created the world’s original luxury vodka in 1993, nothing was left to chance. The choice of the variety of the rye, the quality of the water, the methods and techniques used for fermentation, distillation and filtering, the bottle: all these areas set Belvedere apart from all the other vodkas in the world. This is vodka with character from the birthplace of vodka, Poland. The Polmos Żyrardow distillery has been established in the heart of Poland since 1910, allowing the House to perpetuate a century-old tradition of vodka distillation. The secret behind its production is the combination of impeccable quality, locally-sourced ingredients: Dankowskie Rye, a rye with distinctive characteristics, and the purest water drawn from wells situated in the grounds of the distillery. Distilled four times, the vodka is then enhanced by an exceptional presentation. The bottle is the first of its kind to combine frosted and transparent glass to depict the ‘Belweder’, the Polish presidential palace, which really does justice to the meaning of the Brand’s name: ‘beautiful to see’. Bolstered by these undeniable qualities, Belvedere Vodka makes its mark year after year, having already won over 25 gold medals at international competitions, most recently two trophies at the International Spirits Awards. 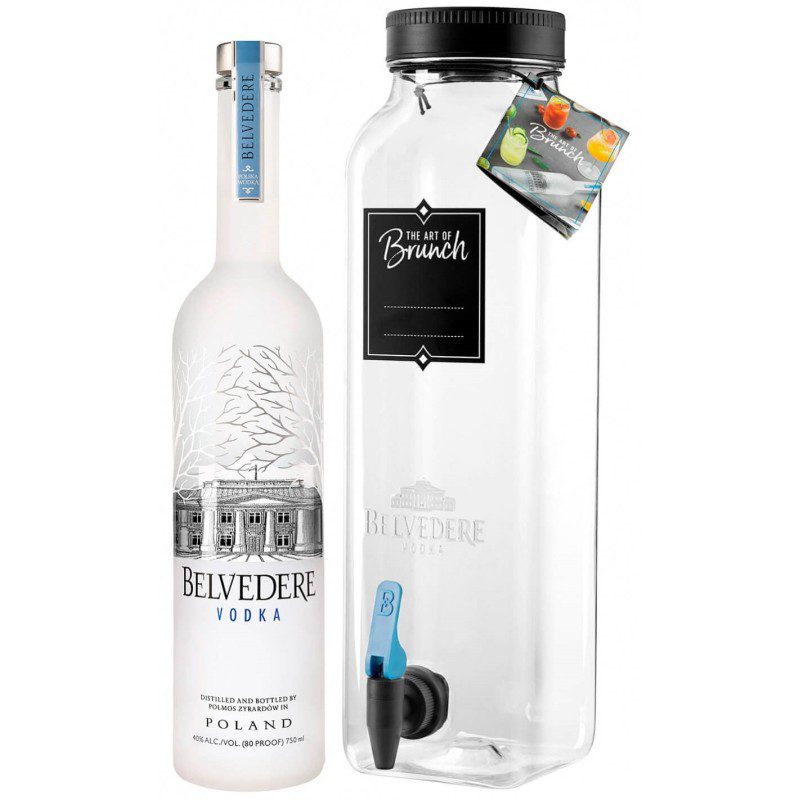