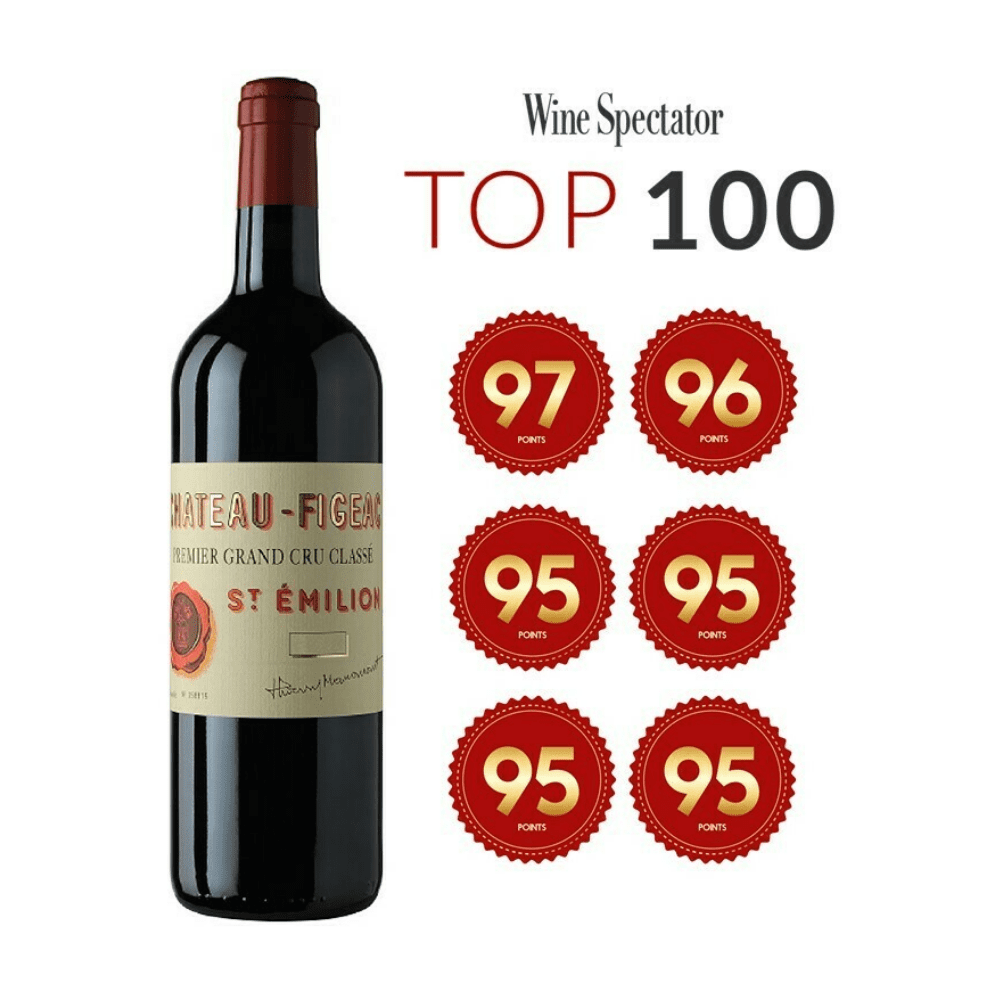 The 2017 Figeac is outrageously beautiful. Rich, deep and ample, the 2017 soars out of the glass with vertical intensity and explosive power. The flavors are just pulsing with energy. Time in the glass brings out a captivating range of lavender, spice, mint and rose petal overtones. The 2017 Figeac is a towering achievement from Technical Director Frederic Faye and his team. When Michel Rolland was appointed consulting winemaker some years back, many feared the personality of Figeac would be lost. It is impossible for an outsider to truly know how small or large the impact of a single person is, but Figeac has indisputably been one of the very finest wines of the Right Bank over these last few years. The 2017 is a real ‘wow’ wine; don’t miss it.
V: 97Pts; WS: 96Pts; JD: 95Pts; JS: 95Pts; RP: 95Pts; WE: 95Pts; d: 93Pts

One of the oldest properties in Bordeaux, Figeac dates back to the second century, the Gallo-Roman period, through a villa named after the Figeacus family (traces of which are still evident on the site). In 1892 the Manoncourt family acquired the estate and made it the winery we know today. Thierry Manoncourt was the first to settle and live at the estate rather than just have it has a holiday home, and it was under his guidance that Figeac made great leaps forward creating the wines we now know.

This Saint Emilion wine estate has been producing splendid wines and has a fairly flawless record of consistency and excellence. Any indifference to Figeac’s wines tends to quickly fade away when given the privilege of tasting their old vintages – complex, sumptuous, rich and long. The estate itself must be one of the most beautiful and inviting of St-Emilion, imagine a stately and pristine Chateau attached to a large park, the grounds alone are worth a visit.