The 2017 Gruaud Larose was picked from 15 to 20 September for the Merlot and from 21 to 3 October for the Cabernets, fermented in wood and cement tanks and aged in French oak, 80% new for 18 to 24 months. Quite deep in colour, it has an introverted bouquet at first that demands a lot of coaxing from the glass. There are notes of black cherry, iodine and just a touch of pencil lead. The palate is medium-bodied with finely balanced. An unpretentious but pretty Gruaud Larose that is benefitted by what is clearly a prudent extraction. The oak is neatly integrated with a linear, almost pastille-like finish and quite a sustained aftertaste. Drink 2022 – 2040.

Gruaud Larose takes its name from two families who have played a key role in the estate’s history. In the 1700s it was purchased by Joseph Stanislas Gruaud whose descendants later developed a cunning sales strategy at auction; if the wine did not sell they simply increased the price until they found a buyer.

In 1997 the chateau was purchased by Jacques Merlaut whose family estates also includes some excellent Cru Bourgeois in the Medoc, a ranking which covers high quality estates not listed in the 1855 Classification. Although founded in 1725 and relatively youthful compared to many of Bordeaux’s top chateau, Gruaud Larose was rewarded for its superb wines with the second growth status in 1855.
Today the estate is considered a “Super Second” thanks to the extensive efforts of the Merlaut family to produce excellent wines which often rival the First Growths. Gruaud Larose is known for producing some of Saint-Julien’s most ageworthy and full-bodied wines which develop beautifully in the bottle. 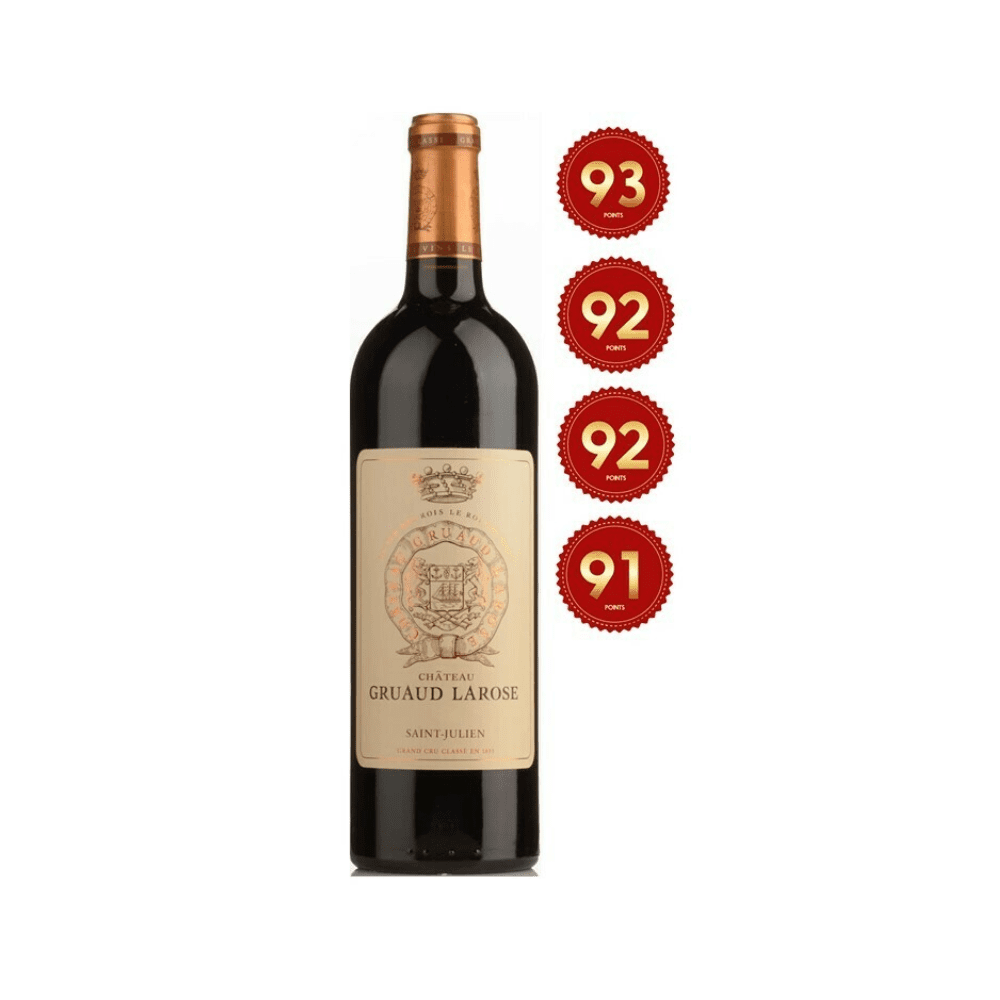