A blend of 70% Cabernet Sauvignon, 24% Merlot, and the rest Cabernet Franc and Petit Verdot, brought up in 75% new French oak, the 2017 Chateau Lynch-Bages sports an inky color as well as a powerful, full-bodied style. Rocking blackcurrants, chocolate, smoked tobacco, and obvious minerality all emerge from this beautiful, concentrated wine that has building tannins, the more elegant, silky style of the vintage, a great mid-palate, and a blockbuster finish. It’s going to hit the ground running in about 5-7 years and cruise 20 years or more in cool cellars.
WE: 94-96Pts; D: 95Pts; JD: 95Pts; JS: 95Pts; RP: 94Pts; V: 94Pts; WS: 94Pts

Chateau Lynch-Bages takes its name from Thomas Lynch, a Bordeaux merchant of Irish heritage who owned the property from 1749 to 1824. Lynch established an early tradition of quality which resulted in the chateau being listed as a fifth growth in the 1855 Classification. In the mid-20th century the reputation of Lynch-Bages skyrocketed following a series of excellent vintages from 1945 onwards, proving particularly popular with British drinkers and collectors.

The chateau’s 90 hectares of vineyards are set around the village of Bages in the south-west of the town of Pauillac and are planted with 75% Cabernet Sauvignon, 15% Merlot and 10% Cabernet Franc. Their vines have an average age of 30 years with some as old as 60 years and are planted on gravel and limestone soils which help to produce intense, muscular wines with exceptional ageability.
Today the chateau is one of the Medoc’s best known producers, crafting a firm, well-structured grand vin which can age for decades. In the words of famed wine critic Oz Clarke: “Lynch Bages is impressive at five years, beautiful at ten years and irresistible at twenty.” The approachability of Lynch-Bages when young combined with its enchanting bouquet when mature is one of the key reasons for the grand vin’s global success in recent years. 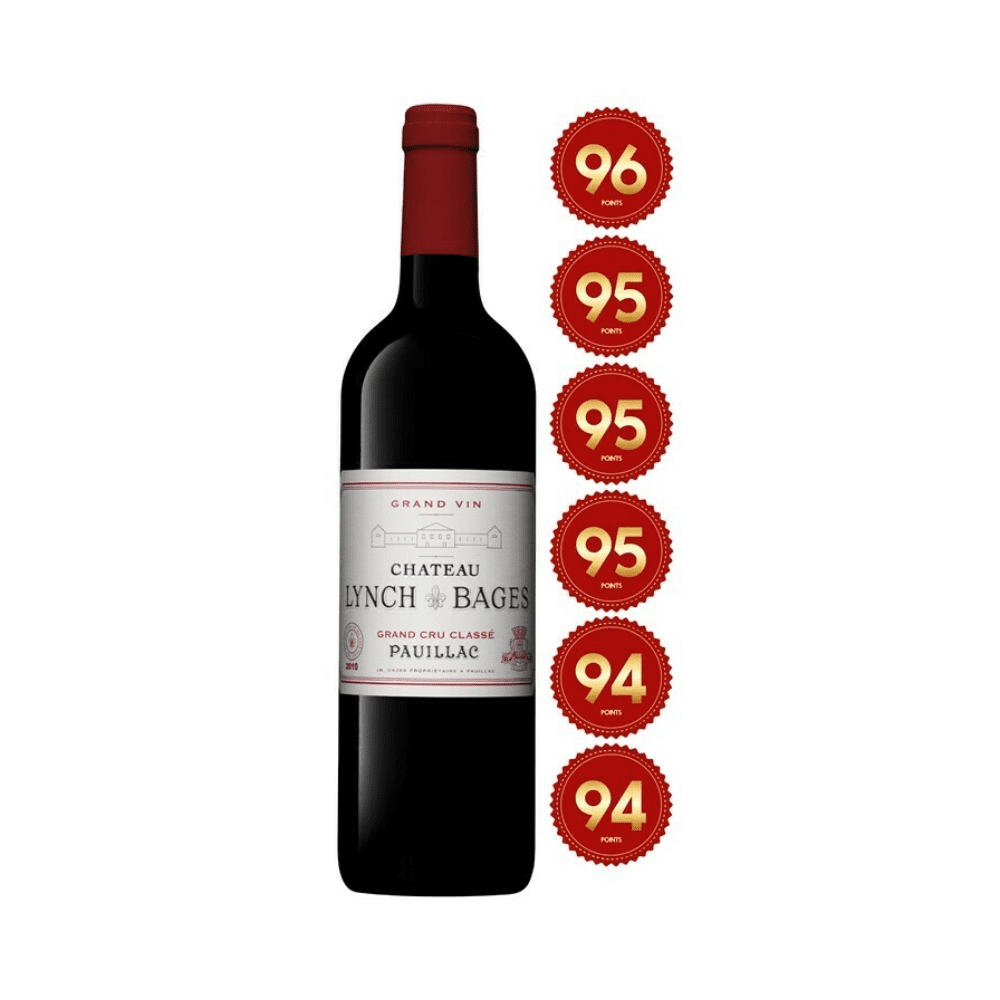