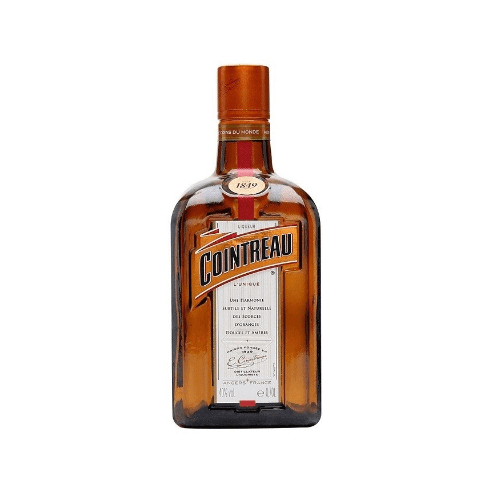 Cointreau is crafted through the unique distillation of all-natural sweet and bitter orange peels, resulting in a crystal clear liqueur that strikes the perfect balance between sweetness and freshness. For more than 30 years, the finest orange peels are carefully selected by our Master Distiller, Bernadette Langlais, to create the definitive orange liqueur.

Authenticity, avant-garde and elegance. Since its creation, in 1849, these fundamental values have set the tone for the House of Cointreau. Embodied by the famous square bottle, which bears the name of its creator, it expresses the same playfulness as it did in its early days, driven by the creative impetus that brought it to life.
A creative partner to the best bartenders, Cointreau is at the heart of more than 350 cocktails enjoyed throughout the world, such as the Side Car, the Margarita and the Cosmopolitan. More than a thousand bars now offer countless variations of the Cointreau Fizz recipe: 1/3 Cointreau, 2/3 sparkling water and the juice from half a lime.
Authenticity, avant-garde and elegance also guide its production process. Cointreau liqueur came from the original idea of combining sweet and bitter orange peel, giving it its unique and delicate flavour: the perfect balance between sweetness and freshness.
The recipe for Cointreau is simple, natural and almost unchanged since its creation. Its character and excellence lie in the careful selection and blending of sweet-and-bitter orange peels, to which the Master Distiller of the House of Cointreau devotes, day after day, all her passionate attention.

Be the first to review “Cointreau Orange Liqueur” Cancel reply