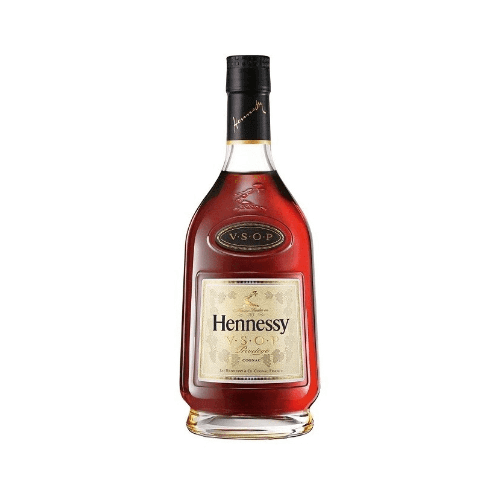 The world’s first, and favorite V.S.O.P Cognac blends over 60 eaux-de-vie to achieve perfect harmony – a testament to the enduring expertise of the Hennessy Master Blenders. A natural balance of strength and smoothness with a long-lasting finish. The balance and complexity of Hennessy V.S.O.P makes it ideal for drink recipes that highlight the quality of the spirit, especially in classic Cognac cocktails.

For over two centuries, Hennessy has written new chapters in the story of cognac. Today, the House is the unrivaled market leader and one of the top high-end spirits brands in the world. The story of the House of Hennessy began with one man’s vision. An Irish officer in the service of the King of France, Richard Hennessy foresaw the extraordinary international commercial potential of Cognac’s eaux-de-vie. In 1765, he set up his own business and founded a House that has since met with unequaled and unfailing success. That success is the result of a constant quest for excellence in the creation of exceptional cognacs, coupled with an ambitious business development strategy. At the end of the 18th century, Hennessy began to grow in all four corners of the globe, starting with the United States.

Be the first to review “Hennessy VSOP Cognac” Cancel reply