Dalmore’s trademark style is luscious notes of orange, chocolate and spices, and the 18 Year Old bottling is a terrific example. Aged in both bourbon and sherry casks, it has seductive notes of vanilla, dark chocolate and candied orange on the nose, followed by a full-bodied, spicy palate of cinnamon and stewed fruit. An evolution of The Dalmore house style, this 18 year old expression harnesses bolder notes. A robust and formidable whisky.

The Dalmore’s heritage dates back to 1263. It was in this year that Colin of Kintail, Chief of the Clan Mackenzie, saved King Alexander III from the fury of a charging stag. In recognition of this noble act the King granted the Mackenzie Clan the right to use the 12 pointed Royal stag emblem on their coat of arms.

When descendants of the Clan became owners of The Dalmore distillery in 1867, the Royal Stag became the recognisable icon that proudly adorns each bottle of The Dalmore today; an emblem which encapsulates a rich past whilst also embodying a promise that The Dalmore will remain at the pinnacle of single malt.

The Dalmore house style derives from a close and trusted relationship that was forged with sherry house González Byass over 100 years ago. The rare casks, which have previously held 30 year old Matusalem oloroso sherry, are exclusive to The Dalmore. These casks enrich the signature chocolate and orange character of our whisky with rich and nutty flavours. 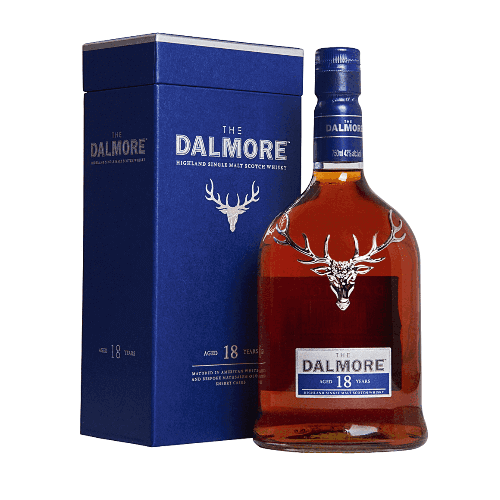