Villa Massa Limoncello is made from the infusion of fresh Sorrento Oval Lemon peels in top quality alcohol, with the addition of purified water and refined sugar. Made with 100% all-natural, quality ingredients, containing no artificial preservatives, additives or coloring. The Oval Lemons of Sorrento have been awarded the acknowledgement of Protected Geographical Indication (PGI) by the European Union. Lemons are grown in Sorrento, Italy on shaded hillside terraces overlooking the bay of Naples. our trees are grown in volcanic soil and in a very mild micro-climate, allowing slow maturation of the lemons. Yellow green slightly transparant. Fresh and aromatic with the taste of fresh lemons.

Villa Massa was the first company to produce, market and sell limoncello both within Italy and abroad. We have a long history built on family traditions that have been handed down for over a century: we began producing artisanal Sorrento Limoncello in 1890 and, 100 years later, in 1991, Sergio and Stefano Massa founded Villa Massa to share the excellence of Sorrento liqueurs with the world.

Thanks to our in-house production of Sorrento PGI Lemons, an ancient recipe, a modern and efficient factory and a cutting-edge corporate organisation, Villa Massa is now the top producer and marketer of limoncello, with a wide area of distribution spanning over 50 countries. Villa Massa is the industry’s leading brand, one of the biggest producers of liqueur in Europe and the first company to popularise real Sorrento limoncello around the world. Between 1991 and today, this outstanding quality has been acknowledged and recognised numerous times at international level. 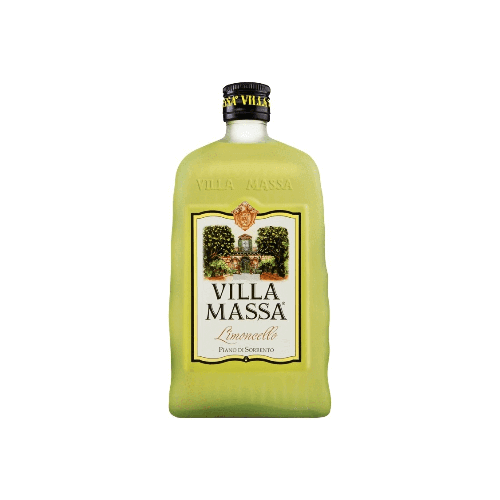