Deep red color, with intensely rich aromas of ripe red fruits and spices. On the palate well balanced and full-bodied, with a long and complex finish. Superb with cheese, nuts or dried fruit after a meal.

In 1670, two Englishmen, William Burgoyne and John Jackson opened offices in northern Portugal as Burgoyne & Jackson – initially a general trading company, exporting wines, olive oil and fruit, as well as importing dried cod and English woollen goods. In 1703 the Matthew conferred additional rights to non-Portuguese merchants and the partnership was formalized.
Over time, the company admitted new partners and its name changed accordingly; in 1718, Mr. John Clark married to Miss Prudence Burgoyne. Following his marriage, the firm traded as John Clark, by 1723 it was known as Clark & Thornton and finally in 1729, it became Messrs. Clark, Thornton & Warre, with the arrival of the first Warre in Portugal. This was William Warre, born in India (1706), where his parents and grandparents were long established members of the East India Company.
By the close of the 18th century, Warre’s had become one of the leading companies as illustrated by the total shipments of Port for 1791. In that year, 21 companies exported a little over 30,000 pipes of Port, of which Warre & Sons accounted for 2,937 pipes, i.e. 10% of the total.

The Symington Family is descended from Andrew James Symington and Beatrice Atkinson who were married in Oporto in 1891. Andrew James arrived as a young man from Scotland in 1882 and was admitted to partnership in the firm of Warre & Co. in 1905 and in 1908 he became the soul owner of Warre & Co.

Currently six members of the Symington family (five from the 13th generation in the Port trade) are actively involved in Warre’s day to day management, with the dedication and long-term commitment that are unique to a family-run business. From the vineyards through the winemaking, ageing and blending, a member of the family is directly responsible for every bottle of Warre’s Port produced. The family’s commitment to its wines is stronger than ever after 350 years, an unparalleled tradition in the Port trade. 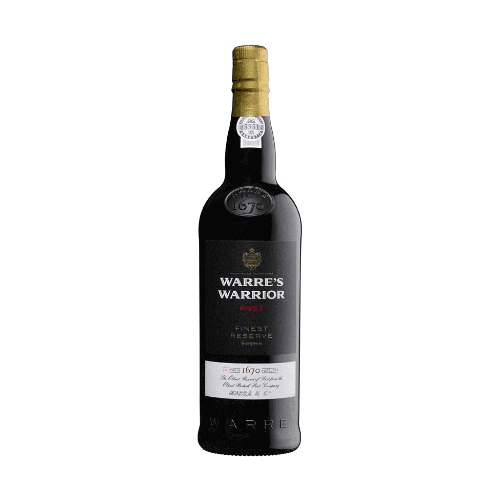